In 1998, Open Ears founding director, Peter Hatch, had a novel vision for a new type of festival. This vision, in collaboration with the Kitchener-Waterloo Symphony, was to provide adventurous programming focusing on new music and sound. In 2009, Open Ears Festival took its first steps to become an independent organization and become a featured festival under its own vision and brand. During this time, Waterloo Region was beginning to emerge as a global hub for technology and innovation, sparking a rebirth of the community and a thirst for and demand for arts and culture experiences.

Open Ears has become a pillar festival of the community, one which shares in the values of innovation and disruption. As the region continues to grow, we strive to capture new audiences with programming that speaks to the adventurous spirit of the area and the people who call Waterloo Region home.

Open Ears strives to create unique concert experiences and disrupt our audience’s conceptions of what ‘music’ is, or what it can be. We present an eclectic range of festival events from indie classical music to electroacoustic to sound installations. The festival explores the theme of integrating community through the use of unexpected musical settings.

The focus of all our events is the art of listening. Featuring a mix of local, national and international artists, performances have featured ensembles from string quartets, chamber orchestras, and choirs to turntable art, multimedia, performance art, and dance. Our music is presented in traditional concert halls and churches, as well as alternative spaces, including abandoned buildings, coffee shops, and civic squares and parks.

Open Ears has been combining installations with performance, mixing up musical genres, and working in alternative venues since our inception. Many of these elements have become commonplace in Canadian new music. Open Ears remains unique, though, thanks to the mix of composed with improvised music, multiple collaborations with other organizations (musical and otherwise), and the sheer breadth of programming range from classical ensembles to sound art. With an increased focus on ‘sound-making’, we explore beyond a traditional music concert. The festival has developed a national and international identity and continues to play a vital role in the life of contemporary art in Waterloo Region.

Our history reflects the transition from a biennial to an annual festival; the addition of the smaller Between the Ears. Effective 2022, Open Ears will return to a full-scale, multi-day festival. 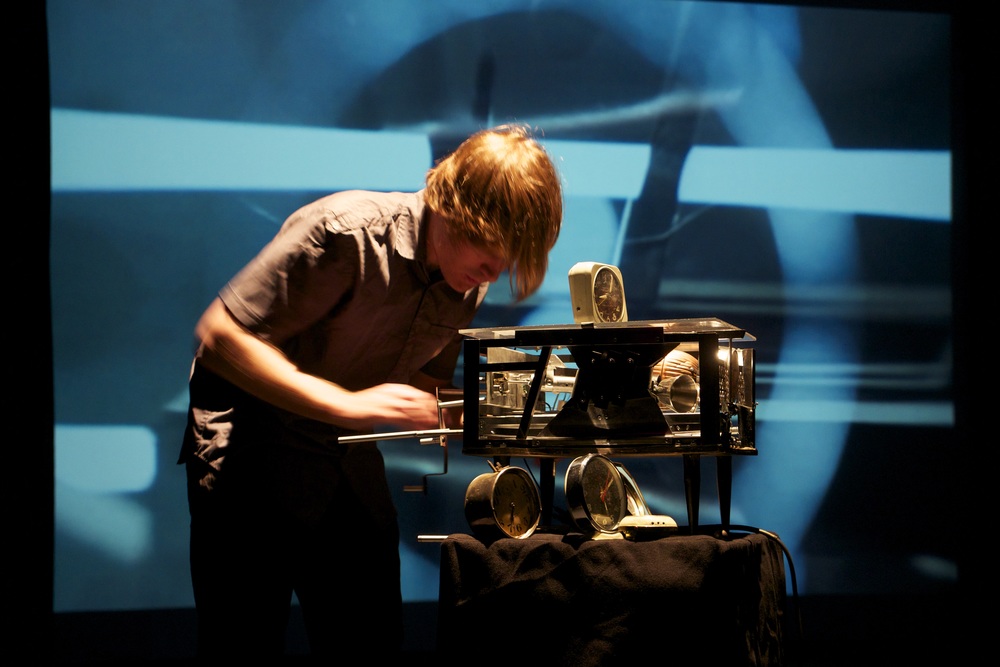 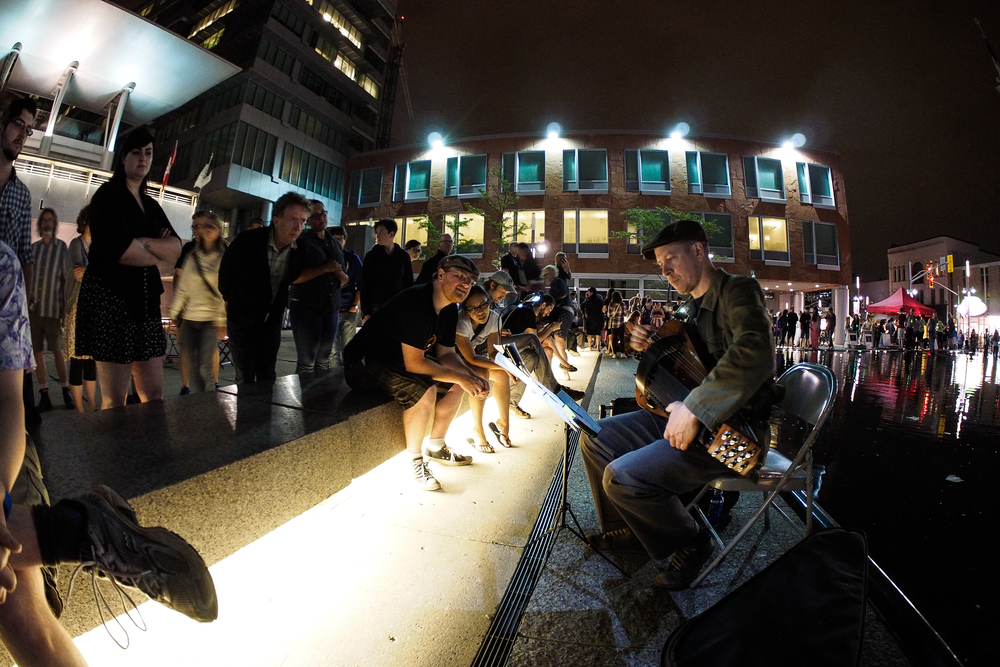 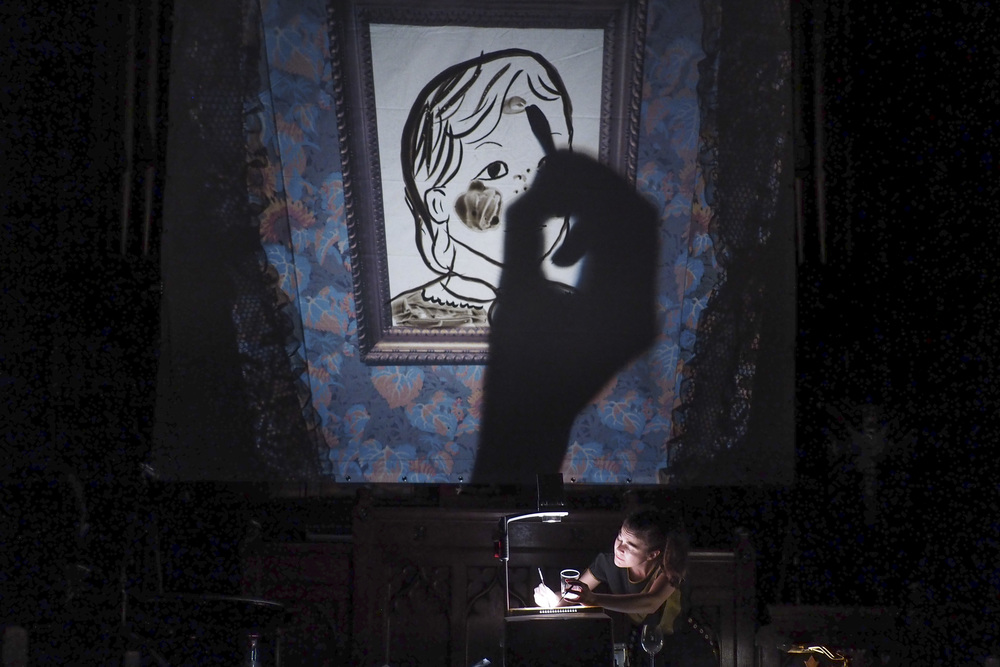 The Kitchener Downtown Business Association recognizes the Open Ears Festival for its contribution to the Arts in downtown Kitchener. Festival Highlights include:

The festival hosts the 50th anniversary of the Canadian League of Composers. Highlights include:

First Between the Ears Festival