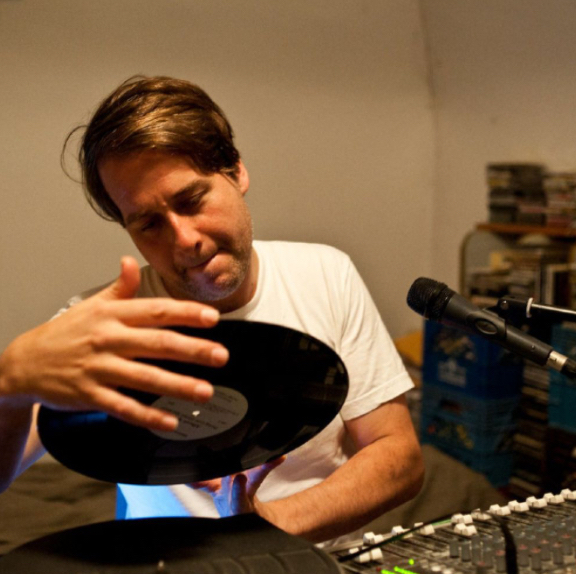 Andrew O’Connor is an independent radio producer, and sound artist based in Toronto. His work reflects an interest in sound, storytelling, and transmission, and explores these ideas through formal broadcast radio as well as installation art, sound design, and pirate radio.  Andrew’s work has been featured across the CBC Radio network, syndicated internationally, as well as featured at Festivals like Radiophrenia in Glasgow, and the UK International Radio Drama Festival.  Andrew currently hosts and produces a weekly pirate radio show called DISCO 3000 on his long running, clandestine radio project Parkdale Pirate Radio.

Andrew’s work in radio dates back some twenty years, and extends beyond standard broadcast forms, this work has been presented at festivals across North America including Megapolis in Baltimore, the Third Coast Filmless Festival at the Chicago Museum of Contemporary Art, the Vancouver New Music Festival, and La Grande Rencontre des arts Mediatiques en Gaspesie.  Andrew has been a visiting faculty member at the Banff Centre for the Arts, received a commission from the Klondike Institute for Art and Culture for their yearly thematic series, The Natural & The Manufactured, and had his work included in the anthology Transmission Arts: Artists and Airwaves“. He is currently developing a site specific sound installation for FM transmitters with Lanchonete in Sao Paulo Brazil that will premiere as part of a citywide celebration of the Centenary of Modernist Architecture in October 2022.